Freedom of Opinion Should I be Dismissed For them?

Freedom of Opinion Should I be Dismissed For them?

Do I have a right to my opinion in the workplace, what can i say?, not say?

Freedom of Opinion Should I be Dismissed For them? Is a question we get asked on a regular basis In a democracy how should this apply? In a recent decision about opinion before the UK Employment Appeal Tribunal (EAT), gender-critical beliefs were held to be protected philosophical beliefs under UK law. In Forstater v CGD Europe and Others,[1]

The Applicant held gender-critical beliefs. Which include the belief that sex is immutable and not to be conflated with gender identity. Thus, she believes that it is impossible for a person to change their sex. Irrespective of any change that the person may make (whether by surgery, accident or illness, force of will, declaration, or otherwise). The Applicant considers that statements such as “woman means adult human female“. Or “trans women are male” are statements of neutral fact and are not transphobic.

The Applicant engaged in debates on social media about gender identity issues, and in doing so made some remarks which some trans gender people found offensive and “transphobic”. Some of her colleagues at work complained that they found her comments offensive, and, following an investigation, her visiting fellowship was not renewed. The Applicant complained that she was discriminated against because of her gender-critical belief.

Under UK equal opportunity laws, religion or belief is a protected characteristic and defined as. “any religious or philosophical belief” including “a reference to a lack of belief“. Initially, the employment tribunal found that the Applicant’s belief would. “refer to a person by the sex she considered appropriate even if it violates their dignity and/ or creates an intimidating, hostile, degrading, humiliating or offensive environment.” The employment tribunal concluded that this approach was “not worthy of respect in a democratic society“.

The Applicant appealed this decision

The Applicant appealed this decision and the EAT overturned this initial decision.[2] The EAT held that the interpretation of the relevant sections of the UK equal opportunity laws, should be informed by Article 9 (the right to freedom of thought, conscience and religion). Article 10 (the right to freedom of expression) of the European Convention on Human Rights (“ECHR”). Thus, the EAT found that “a person is free in a democratic society to hold any belief they wish, subject only to some modest, objective minimum requirements“.

The EAT acknowledged that beliefs akin to totalitarianism or Nazism, or espousing violence and hatred in the gravest of forms will fail the ‘worthy of respect’ test, because they have the effect of destroying the rights of others. Such beliefs are therefore excluded from protection under the ECHR.

While the Applicant’s gender-critical beliefs are offensive to some. Further have the potential to result in harassment of trans people in some circumstances. They are still worthy of respect in a democratic society as they did not seek to destroy the rights of trans people.

This notion that philosophical beliefs are protected has been rejected in Australia.

Nevertheless, these comments are unlikely to contravene Australian Federal or State anti-discrimination law.

Freedom of Opinion in the Workplace – Should I be Dismissed For them? Philosophical Beliefs Not Protected in Australia

Although there is no Federal legislation or section in Australia’s Constitution enshrining a general right to freedom of expression, but it is well established and implied through common law. Further, such comments will only be considered discriminatory if they contravene the Federal or State anti-discrimination laws. The Sex Discrimination Act 1984 (Cth) makes it unlawful to treat people less favorably than another person in a similar situation because of their gender identity.

Happens when a person is treated less favorably than another person in a similar situation. Because of that person’s gender-related identity, appearance, mannerisms or other gender-related characteristics of the person. It does not matter what sex a person was assigned at birth or whether the person has undergone any medical intervention.

As per the UK case above, a person would need to consider comments such as “woman means adult human female” or “trans women are male” as statements of neutral fact which are not transphobic. However, such comments highlight the potential clash of rights between sex and gender identity discrimination. Thus, the manner in which employees manifest their gender-critical beliefs is an important consideration but in some cases. The employee may be simply exercising their freedom of opinion or expression.

Under Australian discrimination laws, religious beliefs are a protected attribute. Further, the Fair Work Act 2009 (Cth) provides employees with protections from termination, if they exercise their religious freedom.

In May 2019, Rugby player and former Wallabies star, Israel Folau, posted a screenshot of a meme on his personal Instagram. He was quoting 1 Corinthians 6:9-10 “WARNING Drunks, Homosexuals, Adulterers, Liars, Fornicators, Thieves, Atheists, Idolators HELL AWAITS YOU. REPENT! ONLY JESUS SAVES”. Mr Folau was subsequently terminated from his contract with Rugby Australia over the alleged discriminatory social media post. Rugby Australia and NSW Rugby stated that they do not in any way agree with the content of the post and inclusiveness is one of their core values. Rugby Australia and NSW Rugby “welcome all people to the game, including all members of the LGBTI community”.

Following his dismissal, Mr Folau launched legal action against the decision, claiming the social media messages were his religious beliefs and the termination was unlawful. While Rugby Australia stressed that Mr Folau’s dismissal was not because of his religious beliefs, Mr Folau has recently made a claim for unfair dismissal under section 772 of the Fair Work Act 2009 (Cth). Alleging that the termination was because of his religion, and therefore, unlawful. Under this section, Mr Folau would have needed to prove that his Instagram post constituted an exercise of religious freedom.

Prior to the Fair work Commission issuing a decision and properly discussing these issues raised, the parties reached an out-of-court confidential settlement. The details of the settlement have not been disclosed due to confidentiality obligations.

The Fair work Commission has explored the implied freedom of opinion and an employee’s right to political opinions, no matter how controversial the opinion may be.

In Fair work Commission an unfair dismissal application Nirmal Singh v Aerocare Flight Support Pty Ltd,[3] the Applicant was a casual employee in the role of Airline Service Agent for approximately 14 months. The Applicant had created a Facebook proving using an alia, but his own photograph. On this Facebook account, the Applicant shared and made posts regarding his political opinions and supporting ISIS.

Respondent’s employees to be alarmed by his political motivations

Although the Respondent does not deny the Applicant’s right to have political opinions. The publishing of a post saying, ‘We all support ISIS’. Similar posts caused the Respondent’s employees to be alarmed by his political motivations and possible actions within a highly security-conscious environment.

In determining whether the Applicant’s conduct amounted to a valid reason for dismissal. Commissioner Hunt gave regard to the fact that the Applicant worked within a secure airport environment. It was held that the bare fact that an employee with responsibility of and access to baggage facilities near aircraft would be a sufficient and valid reason to warrant the dismissal of a declared ISIS supporter. However, the Respondent failed to consider the Applicant’s response and that the comment was made in sarcasm.

FWC member Hunt held that reliance only on the ISIS post made by the Applicant does not constitute a valid reason for dismissal.

Upon further and adequate inquiry, and proper deliberation of the Applicant’s response (certainly greater than just the 10-minute meeting). It should have been accepted that the Applicant had made a grave error of judgment in making the sarcastic ISIS post. Whilst accepting that the ISIS post did breach the Respondent’s social media policy. The Applicant had been afforded relevant training in relation to the policy and required standards of employees in a high security-risk environment. Commissioner Hunt held there was no valid reason for the dismissal, in light of the Applicant’s response and explanation.

Nevertheless, Commissioner Hunt highlighted that her findings should not suggest that it is acceptable for employees in the relevant airport environment to post what appears to be support for a terrorist organisation. Then explain it away as sarcasm, comedy or satire. Commissioner Hunt described the Applicant’s conduct as “stupid” and indicated, “It is not witty. It is not funny. It is a ridiculous post”. Notwithstanding her distaste regarding the ISIS post, Commissioner Hunt held the Applicant’s dismissal was found to be harsh, unjust and unreasonable.

Freedom of Opinion Should I be Dismissed For them? Key Lessons for Employees

These cases illustrate the challenges faced by employers to get the balance right between protecting fundamental rights and freedoms. Ensuring compliance with discrimination laws and protecting the reputation of their organisation. Although an employee’s comments may offend or scare fellow employees. The employer must be mindful of every employee’s right to exercise freedom of opinion and their right to political opinions. Aforementioned, gender-critical opinions constitute “any religious or philosophical belief” and are protected under UK equal opportunity laws.[4] These opinions are not discriminatory in nature as they were asserted as mere neutral statements of fact. They were not intended to destroy the rights of any person who possess this protected attribute.[5]

Although philosophical beliefs on their own are not protected in Australia. Employees are still entitled to their fundamental rights and freedoms to express their opinion. This is as long as it does not discriminate against protected classes. Despite the potential controversy or offense, these opinions are still worthy of respect in a democratic society.[6]

How can we be of help?

Freedom of Opinion in the Workplace – Should I be Dismissed For them? I hope this article was thought provoking for you We are A Whole New Approach, leaders in workplace rights, workplace commentary. If you have been sacked, unfairly dismissed, excised a workplace right and feel now mistreated, disadvantaged, give us a call. Advice is free, we are always interested in your story. Everybody is special to us, everybody is a individual. we care. Any matters relating to Fair work Australia or Fair work Commission we are happy to give advice and represent you. Call 1800 333 666 All states, Victoria, NSW, QLD, TAS, SA, WA, NT

Additional reading relating Freedom of Opinion Should I be Dismissed For them?

An article that may be of interest for you on private lives and the workplace, click here

Can you be dismissed for storming Parliament, click here

How much is my unfair dismissal worth?, click here 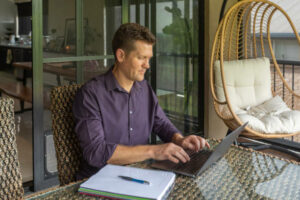 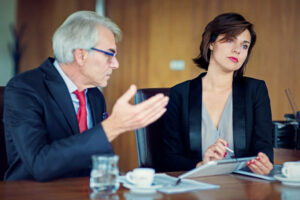 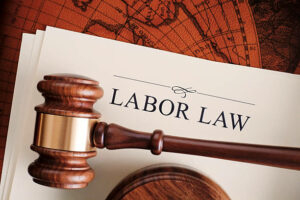