What is a case of Genuine Redundancy?

The COVID-19 pandemic has continued to have a significant detrimental effect on many Australian businesses. Consequently, employers are looking to cut costs wherever possible and thus, there has been an increasing number of redundancies this last year. Although most redundancy cases are for a genuine reason. A recent decision before the Fair work Commission in Victoria has found that an employer’s failure to comply with their consultation obligations, rendered an employee’s dismissal unfair. Redundancy Rendered Unfair Dismissal, No Consultation, is an important topic, that needs to be addressed. This case has demonstrated the importance of proper procedure for redundancy and unfair dismissal claims in Victoria.

A dismissal is a case of genuine redundancy.

This is where the employer has satisfied the three elements under s.389 of the Fair Work Act 2009 (Cth).

The first requirement under this section is determining whether the job is still available. If your job no longer exists or is no longer required by the employer, your redundancy is likely to be genuine. If your job is still available but there has been a restructure or downsizing, the Fair work Commission will look to the remaining two factors in determining whether the redundancy is genuine.

The third element that the employer must satisfy is whether it would have been reasonable in all of the circumstances for the person to be redeployed within the employer’s enterprise. Or the enterprise of an associated entity of the employer. If the employer does not consult with an employee, then it is arguably that the reasonable steps have not been taken to redeploy the employee as no discussion took place and so no alternatives were assessed.

If the employer fails to satisfy all three of these requirements, the Fair Work Commission must then determine whether the dismissal was unfair.

Redundancy was Rendered an Unfair Dismissal,

In Sposito v Maori Chief Hotel,[1] a Victorian employee was made redundant but argued it was in fact an unfair dismissal. Because she was misled into believing that the employer was permanently ceasing its operations. Instead, the employee alleged the employer had since hired two casual staff members to perform her duties.

In response to the first element under s.389 of the Fair Work Act 2009 (Cth). Commissioner Cirkovic of the Fair Work Commission held that the employee’s job was no longer required because of changes in the operational requirements of the employer’s enterprise. Whilst two former casual employees have since been re-engaged by the Respondent, it was found that these employees perform other duties and not those the employee completed.

In response to the second element under s.389 of the Fair Work Act 2009 (Cth). Commissioner Cirkovic of the held that the employer failed to satisfy their consultation obligations and thus, the dismissal was not a case of genuine redundancy.

In reaching this conclusion, Commissioner Cirkovic acknowledged the employee was award-covered and there was a requirement to notify the employee of major changes in the organisation that are likely to effect her employment. During the hearing, the employer admitted that they did not engage in any such discussions.

The employer simply sent her the letter advising her of her redundancy, effective on the expiry of five weeks’ notice. The employer argued it was a “stressful period”, “unusual circumstances”. His belief that any conversation with the employee regarding her termination would be “emotionally charged”. Further, the employer argued that due to the restrictions associated with the lockdown, the employer was reluctant to contact the employee as they could not meet “face to face”.

Commissioner Cirkovic did not accept these submissions and held there was nothing preventing the employer from contacting the employee via telephone or arranging to speak to her via other means.

In response to the third element under s.389 of the Fair Work Act 2009 (Cth), Commissioner Cirkovic held that it would not have been reasonable for the employee to be redeployed. Given the directors reasonably believed that at the time of the employee’s dismissal, they would be closed for the foreseeable future.

Commissioner Cirkovic then addressed the criteria under s.387 of the Fair Work Act 2009 (Cth). In order to determine whether the dismissal was harsh, unjust or unreasonable. It was acknowledged that determining a dismissal was not a case of genuine redundancy does not necessarily lead to a conclusion that the dismissal was unfair. Rather, the Commission proceeds to consider the unfair dismissal application on its merits.

As the reason for the employee’s dismissal was redundancy, there was no valid reason in relation to capacity or conduct. Consequently, opportunity to respond and previous warnings are not relevant. Commissioner Cirkovic did acknowledge the employer is a small business with no internal human resources expertise. This likely affected their approach to dismissing the employee.

Ultimately, Commissioner Cirkovic held that if the employer had complied with their consultation obligations, and engaged in discussions with the employee about their decision and potential measures to reduce its impact on her, the employee could have had further notice of the impending termination of her employment. It was held that the dismissal was not unreasonable or unjust however, the employer’s failure to comply with the consultation provision in the Award renders the dismissal unfair.

This case demonstrates the importance of not cutting corners in the dismissal or redundancy process. Utilizing COVID-19 restrictions in Victoria as an excuse for why procedural fairness wasn’t afforded, is not an acceptable argument. If you have been made redundant by your employer, ensure that all the requirements have been satisfied. Otherwise, your redundancy may not be genuine and may constitute unfair dismissal.

“Redundancy Rendered Unfair Dismissal, No Consultation”. I hope there was some benefit in this article for you. This is part of our ongoing commitment to employees knowing their workplace rights. Your always welcome to get advice from us at A Whole New Approach P/l. We are not lawyers, but Australia’s leading workplace advisors and workplace commentary.

Advise is free, prompt and honest. 1800 333 666. workplace investigations, unfair dismissals, harassment, constructive dismissals. Anything to do with the workplace call us to day. Issues to do with termination of employments and diversity in the workplace we are happy to discuss with you.

An article on redundancy that may be assistance for you, click here

Redundancy’s may be on the rise, what are your rights click here 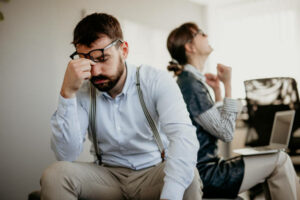 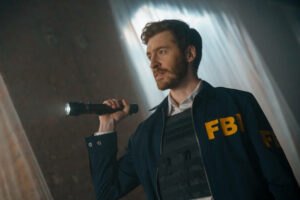 Dismissed for out of hours serious misconduct? We explain. 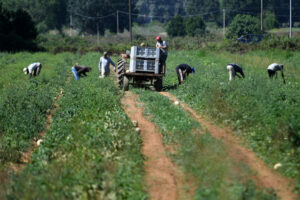