This headline is from an article published in the “The Australian” newspaper today (Sept 18, page 6)

Less Pay, More Jobs, For Female Barristers. I wrote an article on the blog on exactly this topic (16th of Sept) how more females are graduating, entering various professions. How they get less pay than their male equivalents.
Its ironic, the legal industrial that represents people / workers in discrimination and sexism claims doesn’t treat its own workforce equally.
It’s the old adage “do as I say, not what I do”
Still small steps. I raised the issue the other day, now “The Australian” is publishing material on it, at least its getting more and more in the conversation.

Its not just about the pay rates

Its not just about the pay rates. It flows onto promotion, how workers get treated. If you can’t even get equal treatment in the workplace regarding pay, do you seriously think you get equal treatment when comes to performance, discipline issues, dismissals?

It seems common place for male lawyers to take the Friday afternoon, to have a long lunch with their friends (referred to as networking)., A female lawyer wants to go home to see her kids in the afternoon after working extraordinary hours for the week and she runs the risk of being laughed at. She is seen as “soft”, “not committed”.

This approach applies in a lot of professional workplaces. It is slowly changing, its inevitable, why the wait, act now!! Call us to chat, or do something about it.

Employees of any gender can take the employers discriminately behaviour in relation to wages, conditions, promotion issues to the Fair work Commission (F8C application). In the alternative there are equal opportunity and human rights commissions. Anti dismission boards in every state and territory in some form. You have rights, its how you excise them is the key.

The first, human capital theory, puts the emphasis on women’s choices to explain why their pay is less than men’s pay. It hypothesizes that individual characteristics or qualifications. Age, education, training, work experience and history. These are responsible for differences in pay between all workers.

This theory says that some workers are paid less because, for example, they lack the needed level of education, training or work experience compared to their competitors. The theory further suggests that women’s wages tend to be lower because they choose to work fewer hours. Due to family and childcare responsibilities, choose occupations and industries that offer lower wages. however more flexibility or expect their career paths to be discontinuous.

All those choices lead to women accumulating less human capital; as a result, the theory goes, women are paid less than men because they do not achieve the qualifications required to assume positions in true competition with men.

Lets face it we are all more comfortable within our own socioeconomic groupings. What’s not supposed to happen this is reflected in the workplace. ie “the boys club”, speaking a particular language to the exclusion of others. Some laws firms now, want the name, school and university left off the resume as part of the selective process. So the selection process is non biased, giving females, non private school applicants and less credentialed university graduates a fair go.

Researchers found that when female musicians auditioned for symphony orchestras, their chance of being hired went up when they auditioned behind a screen, concealing their identity from their interviewers.

We are A Whole New Approach P/l, we are not lawyers, but the nations leading workplace advisors. I hope “Less Pay, More Jobs, For Female Barristers” was of interest to you. If you have concerns, questions, worried about unequal treatment, your salary compare to others? Call us. We are leaders in workplace commentary, diversity and equity in the workplace. give us a call, its free, confidential, prompt and honest. All FWC matters, including unfair dismissals, general protections, workplace disputes. We work in all states, including Vic, NSW, Qld, Tas, SA, WA.

Women are not appreciated and poorly paid, click here

AWDR is a web site owned by us, 150 pages of good workplace advice and commentary, enjoy

Resigning in style: 13 hilarious ways people have quit Resigning, for most people, is a simple and mundane process. Typically, it involves 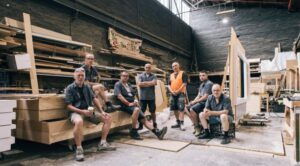 We still trust Australia’s Fair work Protections In 2009, the Fair Work Act was passed into law by the Australian Parliament. An 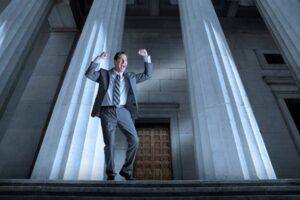